The best online poetry Forum in the world. Please join and share your poems

These are poems created by our community.
Post Reply
11 posts • Page 1 of 1 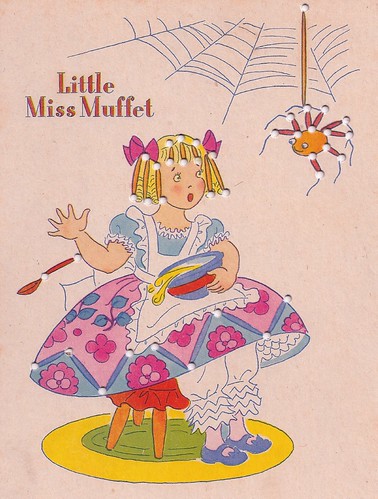 A friend of Little Miss Muffet named Rose
who was bossy from her head to her toes
said “to my party bring pets,
but she broke out in hot sweats
when scary spiders jumped out of friend’s clothes!


A friend of Simple Simon named Billy
said “my party is back-to-front silly,”
when you come you’ll go to bed,
as you go you’ll then be fed
with inside-out pies served willy-nilly!”


A friend of all the three blind mice named Jack
said “come to my spook’s party and wear black,”
farmer's wife held a fake head,
but scared herself so then fled
and the head cracked freeing bats to attack!


A friend of Little Bow Peep named Sweetpea
said “My party will have a real donkey,
we have to pin on its tail,
but Sweetpea gave a loud wail
because the lamb eloped with the donkey!


A friend of Rose, Billy, Jack and Sweetpea
said “home parties are just not meant to be,
tell your mothers to give in
and going out parties win
while the mothers have play dates with high tea!”

You made me smile Karin with these entertaining limericks.. Delightfully imaginative
Top

Wonderful and so entertaining Karin, i like limericks they always make me laugh and that must be good

An entertaining group of limericks with a party theme to boot. A delightful read, well done.
Top

The swing in this ditty brings me a big grin - bless you dear Karin for penning such fun with imagination is second to none . A lovely first read of my day so sending you hugs from Fay xxxx
Top

These are great fun to read. Each one is a treasure.
Top

Thanks for the laughs Merry Christmas
Top

I loved this little funny . All their friends are funnier than the originals. Ha ha
Top

Karin-sweet, pretty,enjoyable and put together in a near perfect form. They are not even naughty as lots of limericks are-just a fun bunch
Top

Karin-sweet, pretty,enjoyable and put together in a near perfect form. They are not even naughty as lots of limericks are-just a fun bunch
Top

I love your take on those classics, Karin. Hilarious, and I think I agree...it might be best to avoid throwing one of those "home parties", and allow for time out on the town (or at your favorite birthday establishment, methinks).
Top
Post Reply
11 posts • Page 1 of 1